I am Paul Gurung, the CEO of Discovery World Trekking. Here is my real-life story, which begins with the bare minimum and deficiencies. However, these are the struggles that led me to the position where I am today. Rome wasn’t built in one day, and it is the same with Discovery World Trekking. The hardships I faced impacted my life hugely, and I have become a humanitarian engaged in national and international organizations to bring innovation into tourism while uplifting the rural Nepali community. 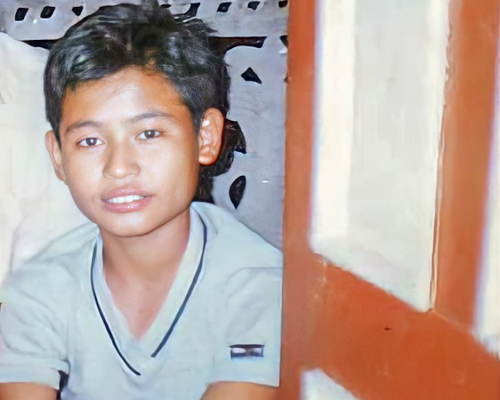 I was born and raised in a typical household located in the Ruby Valley– a rural municipality in the Dhading District, Bagmati Province of Nepal. As I grew up, I had to face hardships that this generation can hardly imagine. To this date, I have not forgotten my struggles and have never stopped giving back to the society where I grew up.

Though my grandfather was in the Gurkha Army, my parents were peasants, and I have three siblings – two sisters and a younger brother.

I spent most of my childhood helping my family in the fields. The hilly fields were terraced and unfertile; there were no mechanical tools, and we had to toil hard to grow crops. As subsistence farmers, we also raised cattle, and I had to collect fodder for them.

Life was a constant struggle. We hardly had enough food to live, let alone nutritious food.

There was no electricity, we had to collect firewood to cook food, but it came with its own price – lung cancer. Most of the old age people in the village developed lung cancer and asthma due to continuous exposure to the smoke. I am sure if I had continued the same life, I would have suffered the same fate.

Perhaps, because of the hardships my parents faced and experienced, they desperately wanted me to study. So they enrolled me in a primary school, but I had to attend primary school barefoot – we could not afford the shoes.

Secondary school was tough too. I had to spend four hours just commuting to school. There was no electricity, so I could not study at night. And I still had to help my family in the fields – often carrying manure to the fields, or collecting firewood from the forest on a doko (a type of basket carried on the back using a rope).

While studying at the secondary level, I noticed tourists coming to our village. I was immediately impressed by their cleanliness, their hygienic food, and their lifestyle as a whole. However, the most valuable thing that these foreigners offered to me was a chance to earn money as a porter. Hence I seized this chance. Along the way, I developed a keen interest in tourists, their ways of living, and the experience they shared.

Fortunately, I managed to come to Kathmandu for higher education and joined a college. Kathmandu, like today, was bustling with tourism. Whenever I got a chance, I accompanied the tourists to their destinations as a porter. Thus I visited almost all parts of Nepal – including Mt Everest, Annapurna, Manaslu, and Langtang regions. Oftentimes, the weight that I carried was heavier than me. Even as a porter, I wanted to be a better human, and I believed in hard work, sincerity, and honesty. These traits provided me with the right direction to my life.

But by now, I started developing an affinity for nature, and slowly my passion for tourism ignited.

I am persistent and driven by a genuine sense of helping people because I experienced great hardships during my formative years, and cannot see anyone in misery. Perhaps, due to this quality, I have been invited to numerous cultural exchanges and trekking meetings.

My life took a better turn when I got a chance to go to Australia, and there I learned a lot about the hospitality industry. I spent more than five years working as a Chef in different Australian cities. During this time, I involved myself in outdoor activities – I rock climbed, hiked, and rafted. Thus I came in contact with many legendary entrepreneurs, climbers, trekkers, and other adventurous people, and we shared our experiences. 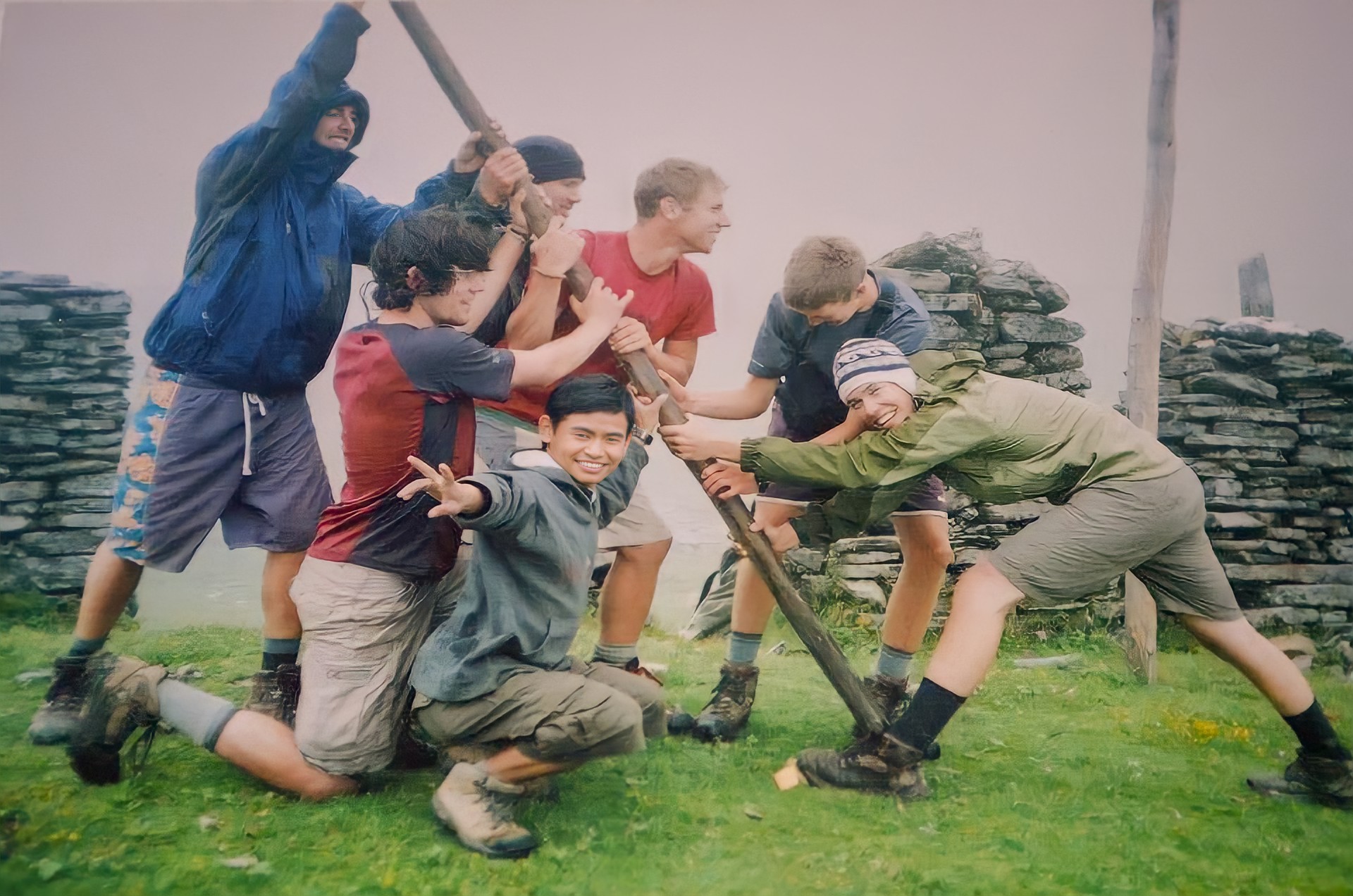 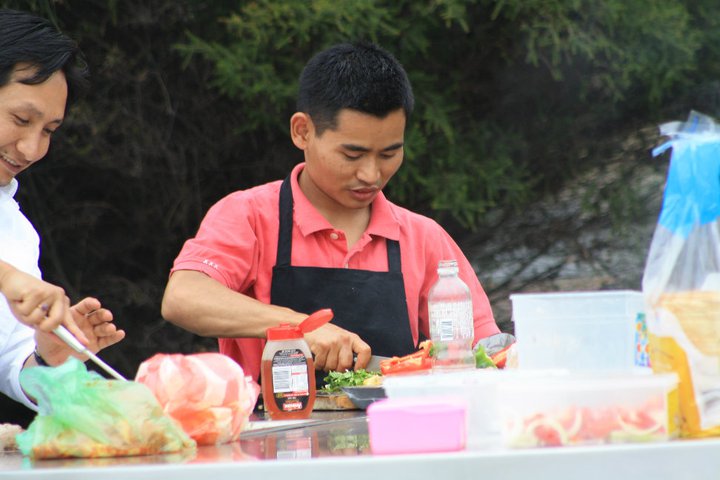 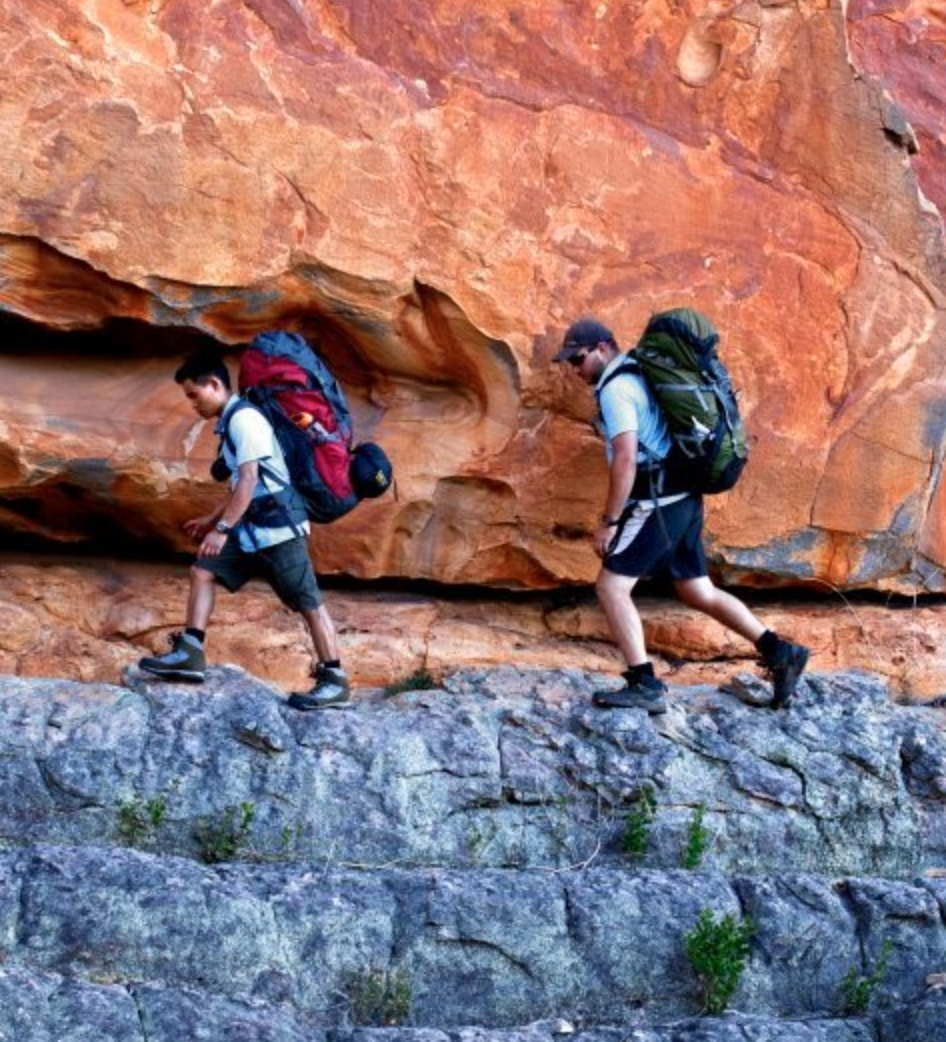 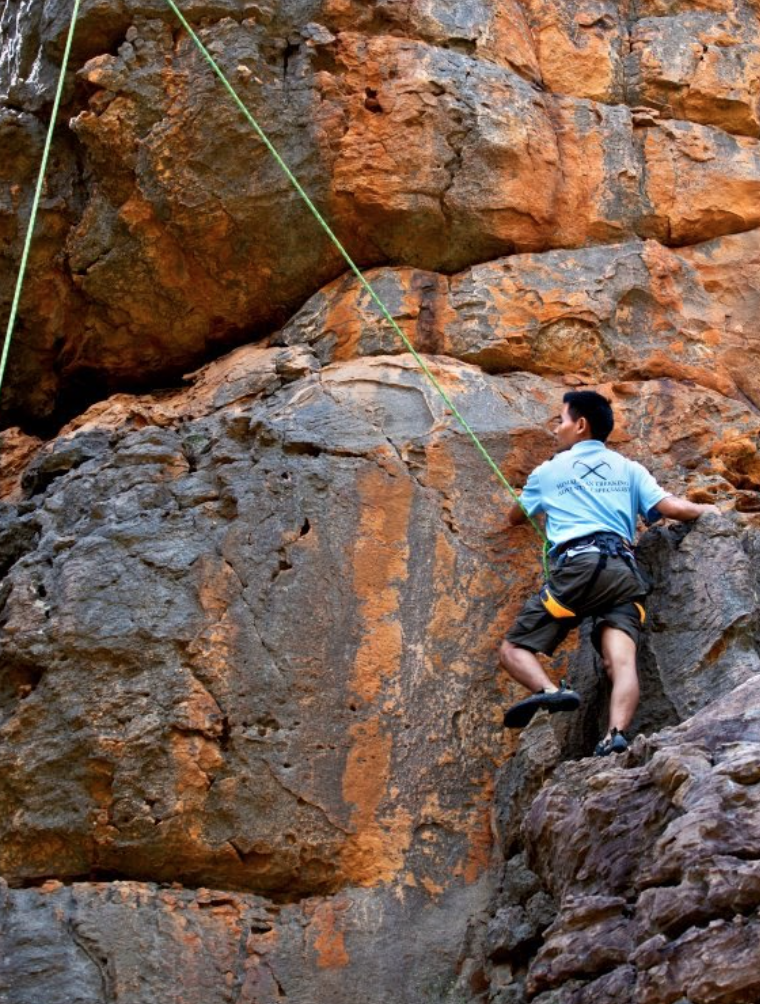 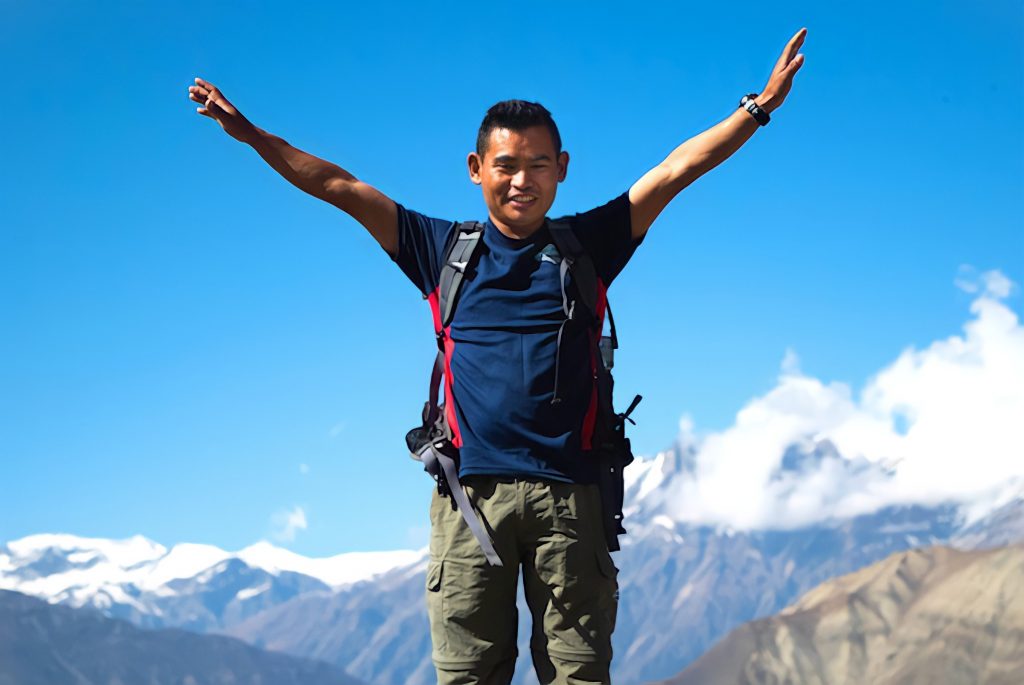 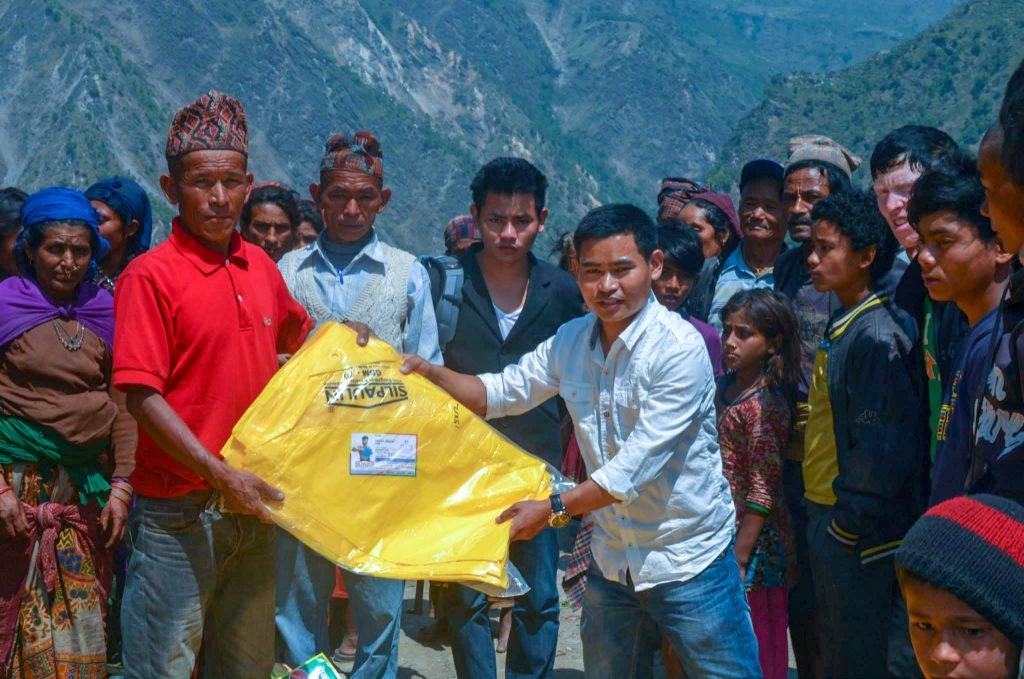 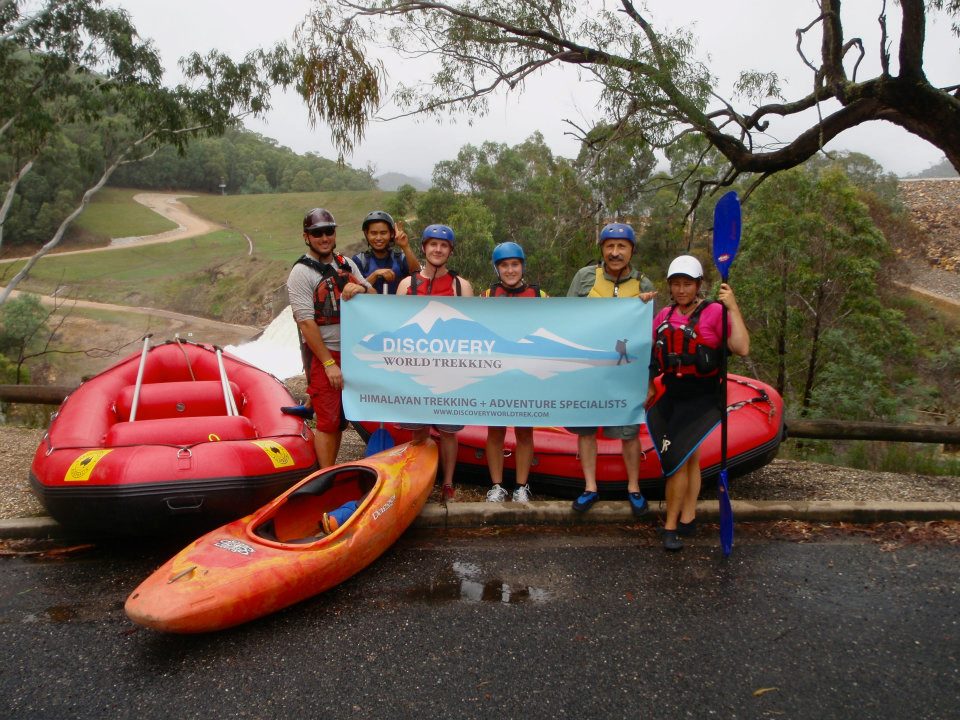 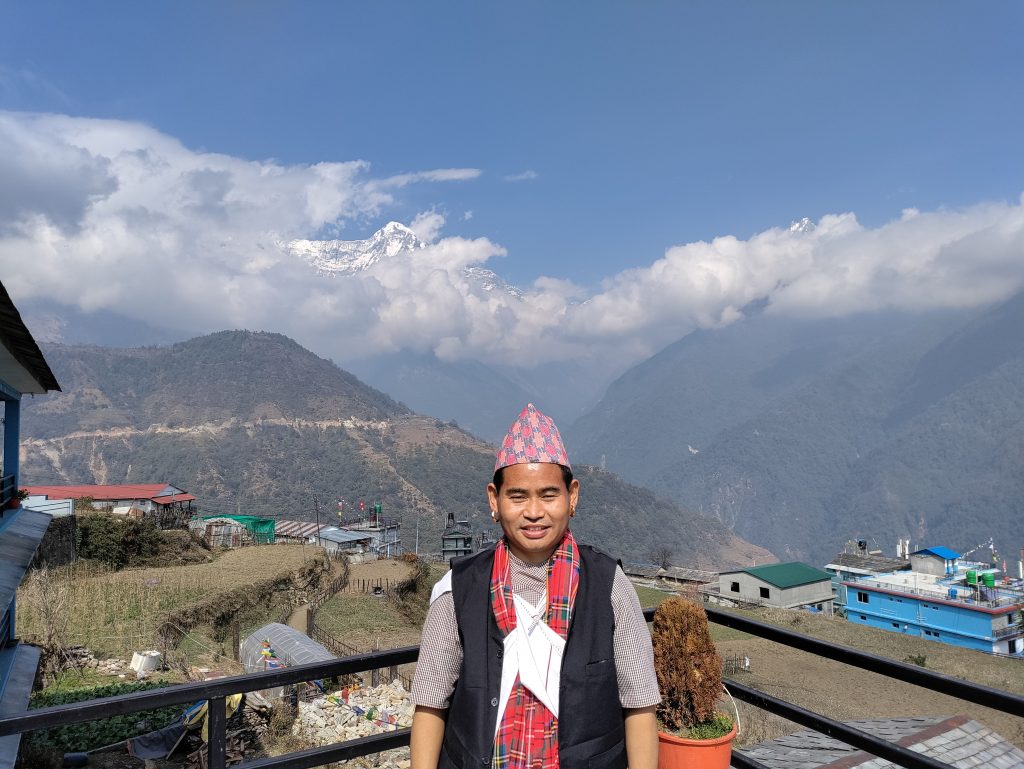 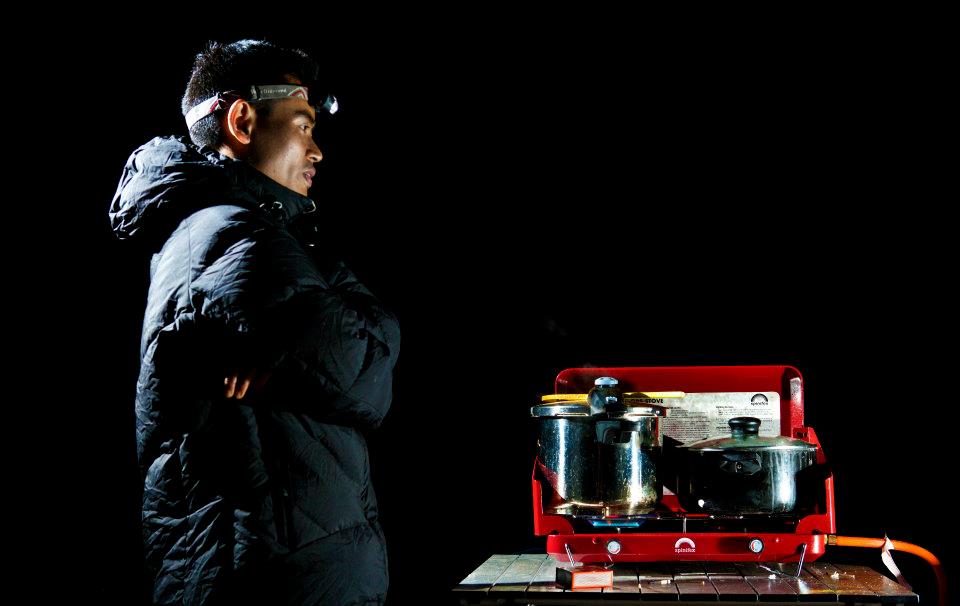 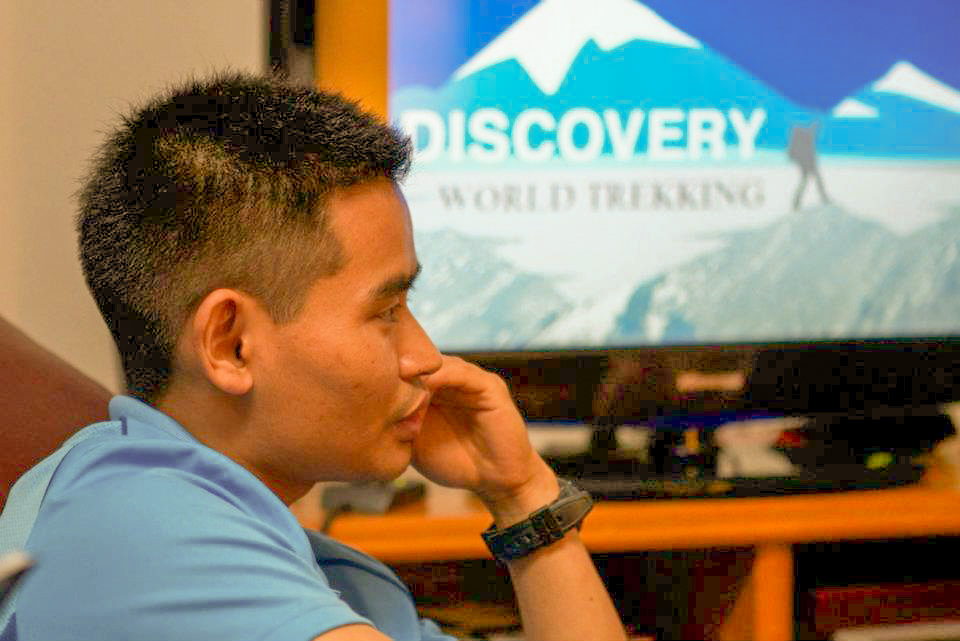 As a passionate chef each weekend, I organized “curry nights”, for people engaged in the hospitality industry to exchange our experiences. From my side, I would share my experience with Nepal’s tourism industry. I developed the concept of Discovery World Trekking during those nights. While working in Australia, I also got a chance to visit many countries such as Singapore, Vietnam, Thailand, France, & Sweden.

I returned to Nepal in 2010 and established Discovery World Trekking shortly after. My experiences helped me understand the value of tourism, its challenges, and its potentialities. As a person who started from the bottom, I was fortunate to understand the needs and aspirations of trekkers and adventurers. I established Discovery World Trekking, not because I just wanted to, but because I sensed a void in the proper management and quality service to adventurers who visit  Nepal from all over the world.

It depends on how you look at it – divine grace or hard work- I invest my entire day in the hospitality industry. I agree with a Sanskrit saying – ‘Atithi Devo Bhava” meaning – “A guest is a god”.

I want my clients to be happy, and do everything that I can to make their treks adventurous, memorable, and life-changing. I do not believe that money can buy happiness.

During my years of service, I have served professional climbers, celebrities, entrepreneurs, and athletes to their satisfaction. You can see feedback my customers have left on websites like Facebook, TripAdvisor, and Google. 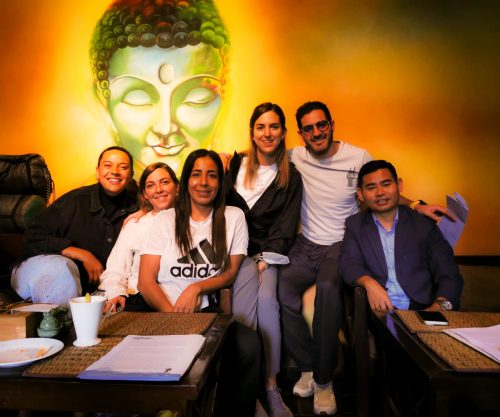 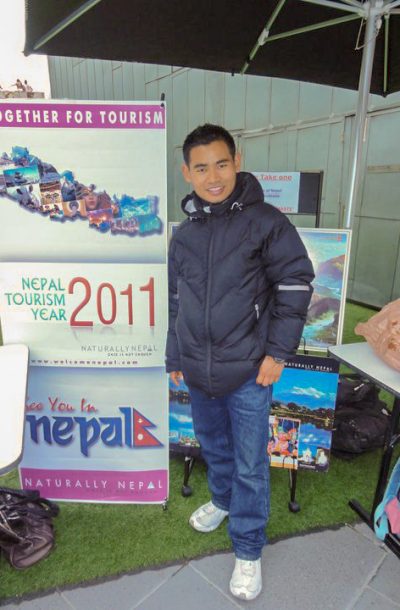 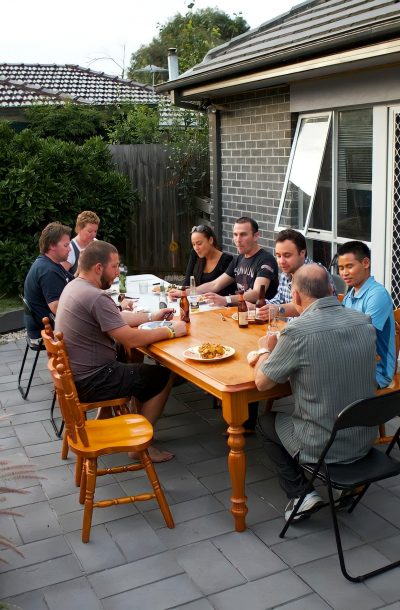 I am never satisfied with service; I demand quality service. Hence, at Discovery World Trekking, I leave no stone unturned to provide unmatched quality service to my customers and clients. It is my motto to serve my clients just like my family members.

It is true that during the early years of forming DWT, I focused on strategic management, careful planning, and quality of service. My team wholeheartedly supported me in the goals and vision that I set. Moreover, DWT would not have existed without the clients whom I got the opportunity to serve. For me, the world is a huge family, and it is my goal to treat everyone with respect and love. Perhaps, this is the reason why DWT is one of the leading trekking/expedition companies in Nepal. 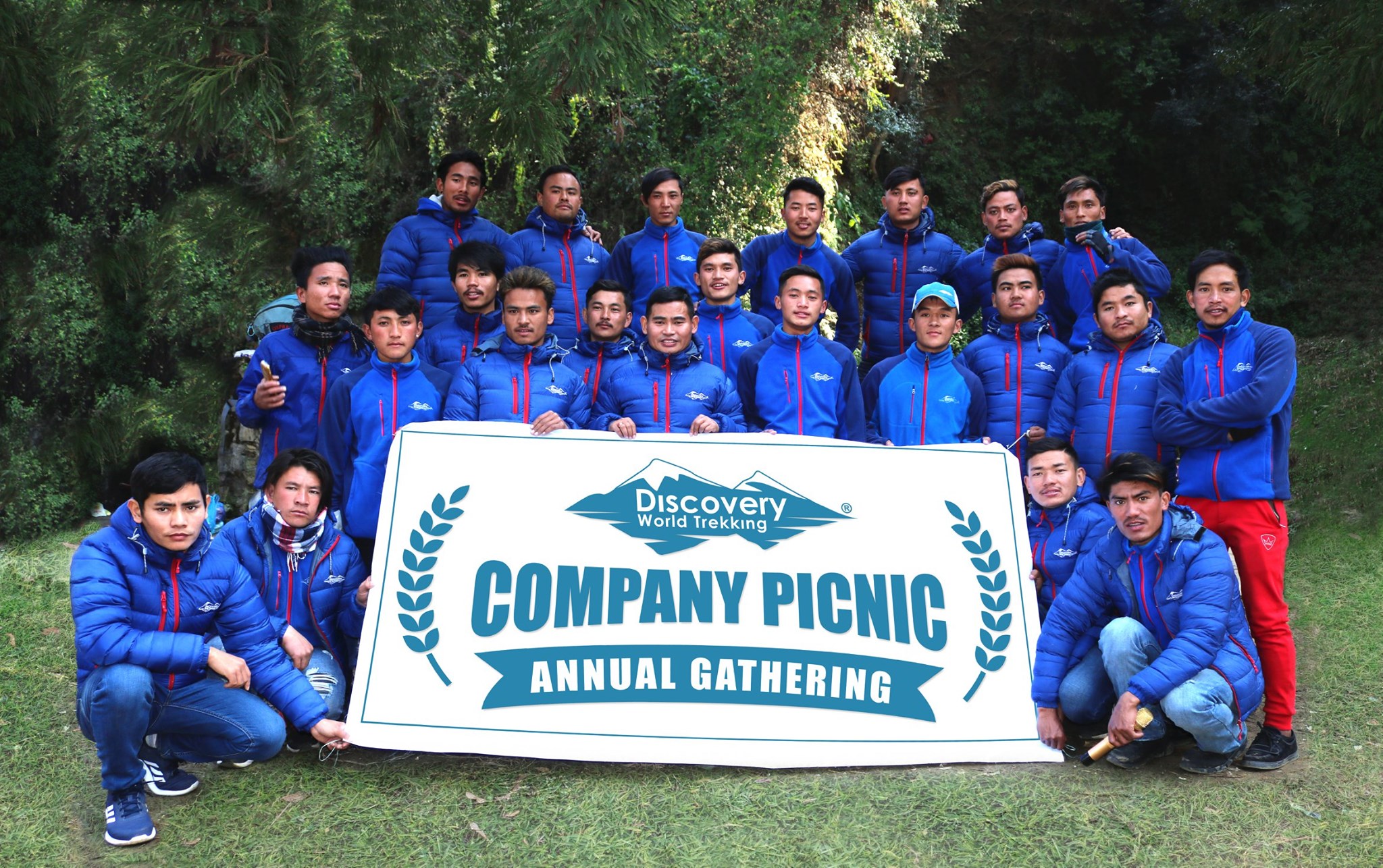 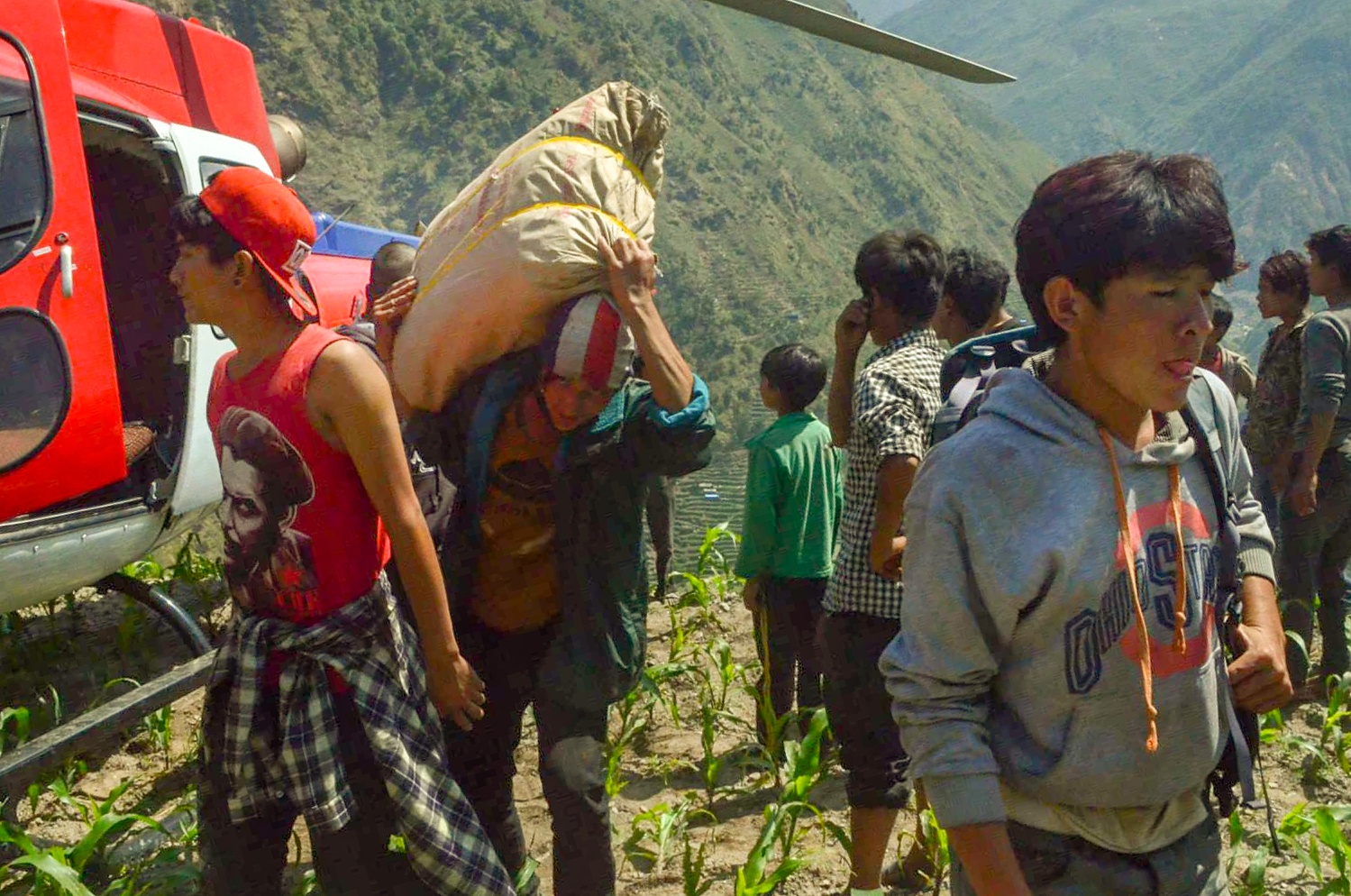 We are actively engaged in social giveaways in the form of Discovery World Trekking Outreach Fund, we regularly contribute to the programs that support the education and basic needs of Chalish villagers. (Chalish is the village where I was born.) We also initiated an earthquake relief program at Chalish in 2015.

I believe in giving back to society, and for me, it is a source of joy. I have used my ties with NGOs/ INGOs, to bring their attention to remote villages in Nepal including Chalish. DWT contributes its share to the initial outreach funds for Chalish regularly. A certain percentage of profits from DWT goes to rural parts of Nepal – mainly for education and health.

It is our duty to support senior citizens, orphans, and women who cannot meet their basic needs. This is the reason that drives me to give. 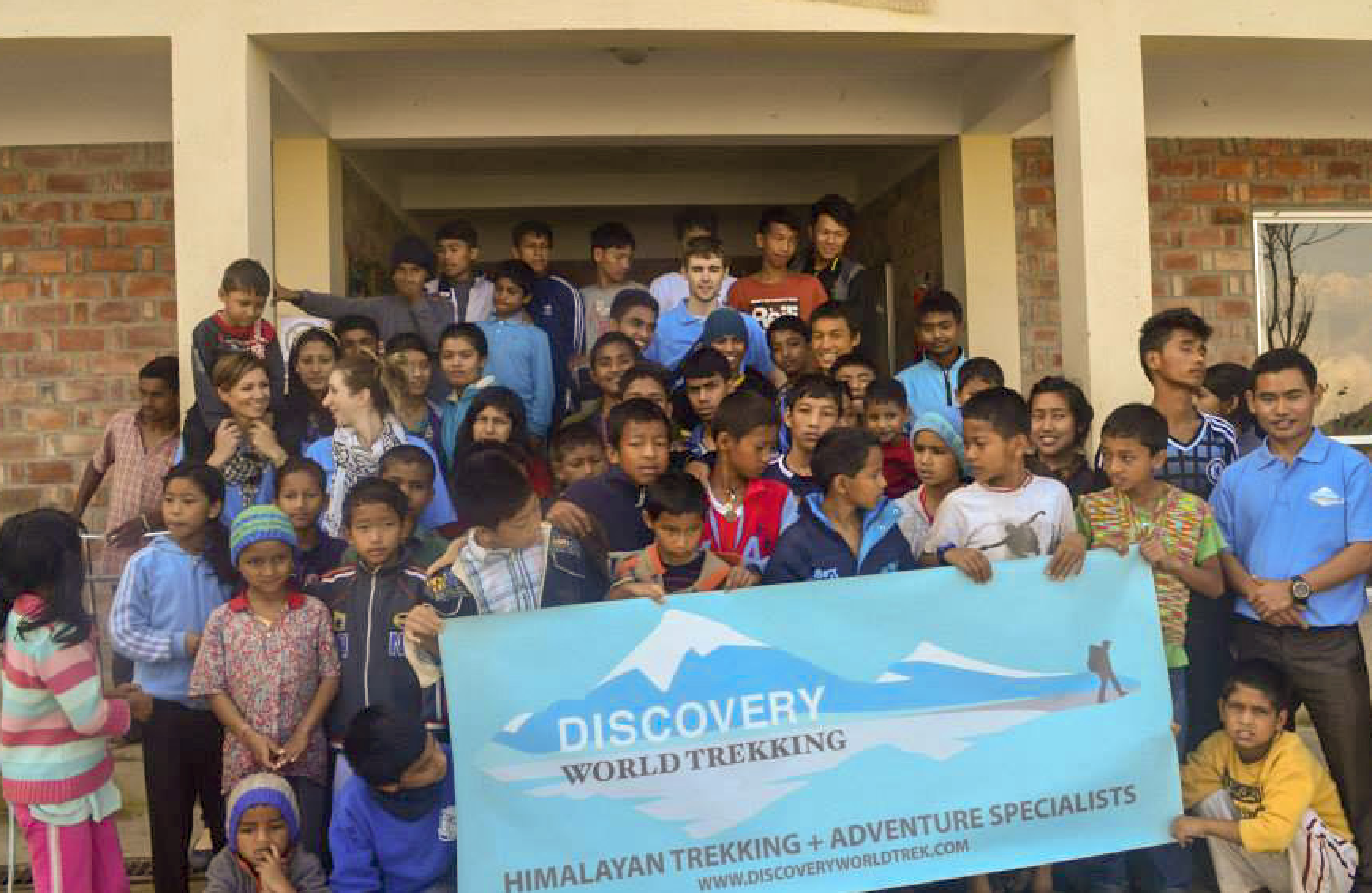 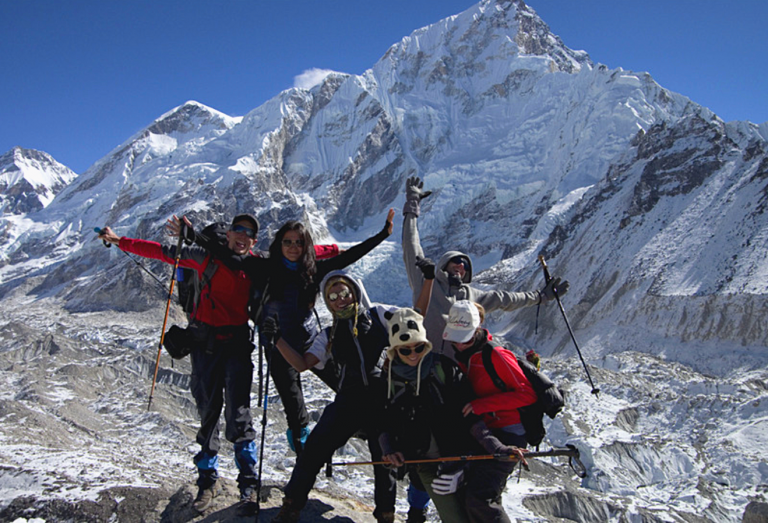 Everyone needs to understand that only a happy person can make others happy. Being alive is a reason that is enough for us to be happy. “Happiness is the key” has been my lifelong motto. My world consists of three families – the clients I serve, the team I have, and my home family. It is my wish to keep all of my families happy.

By now, I have served thousands of clients from all parts of the world – my only goal is to please people and show them the awe-inspiring geography that is the unique solidity that Nepal has to offer. The altitude, the kindness of people, the rough terrain, and the adventure each Nepali trail offers takes trekking to a whole new level.

I invite everyone to explore and experience trekking in Nepal. It will surely be a life-changing adventure that you will cherish for the rest of your life.